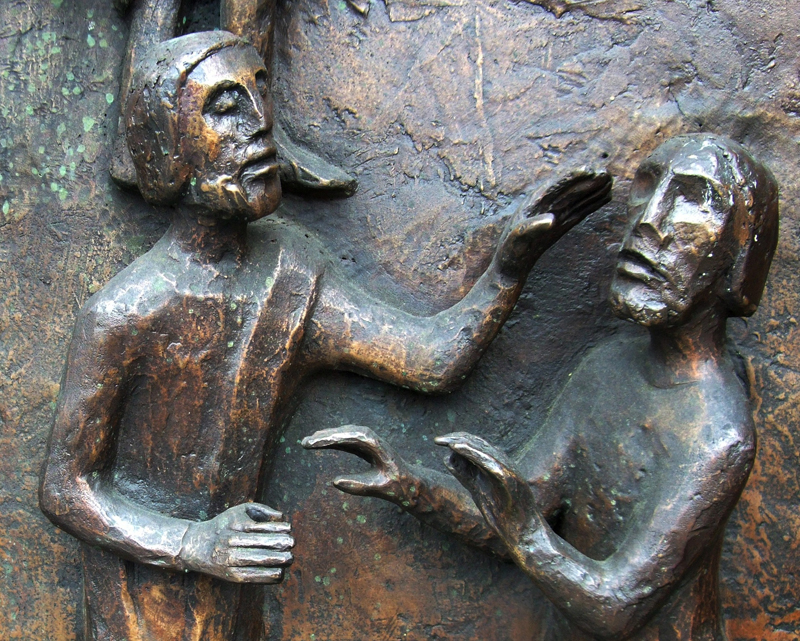 Mark 10:46 Then they came to Jericho. And as He was leaving Jericho with His disciples and a large crowd, a blind beggar named Bartimaeus, the son of Timaeus, was sitting by the road. 47 When he heard that it was Jesus the Nazarene, he began to cry out and say, “Jesus, Son of David, have mercy on me!” 48 Many were sternly telling him to be quiet, but he kept crying out all the more, “Son of David, have mercy on me!” 49 And Jesus stopped and said, “Call him here.” So they called the blind man, saying to him, “Take courage, stand up! He is calling for you.”

Many years ago a boy born with congenital blindness was offered a then-state of the art corneal transplant. After the lengthy recovery and the bandages were removed, the momentous occasion signaled the obvious pressing question: “What do you see?” To which an equally unremarkable response: “I don’t know.” The boy perceived a varying brightness in front of him. Requesting to touch that moving thing, and upon making eye-hand contact with the physician’s waving hand, he excitedly exclaimed, “It’s moving!” Doctors and philosophers alike learned at that moment that “turning on the lights” does not necessitate sight, but the ability to see had still to be learned; light and eyes were not enough, and in that regard to give back sight to a congenitally blind person was just as much the work of an educator as it was of a surgeon.

Jesus was very much concerned in this passage (and in the preceding) with spiritual sight, as much as He was concerned with physical sight. This story of the blind man in many ways frames the larger theme of spiritual sight and (in)ability to see “with eyes to see and ears to hear.” And along the way, surprisingly, it is so often the blind who are given access to true Sight while those who think they see the most are truly blind.

Don’t be deluded; is your “sight” Sight?

For true seeing is so often precipitated by the admission that we don’t yet see, or understand yet. In that sense, Easter is for the doubting, for the faltering. It is in this posture, this admission that “I do not yet see” that we can be granted sight as a gift; I have been reading the classic by C.S. Lewis, Surprised By Joy. What an apt title. In his pursuit of Joy, it eluded, and only in the admission of its loss did it come as surprise.

These remaining Holy Days stay your vigil. Your number WILL be called. It will surprise you when it comes. And you will be blessed. So “Take courage, stand up! He is calling for you.”
– PW

This Holy Week, we at Harvest will be bringing to you daily reflections from Pastor Wayne’s study through Mark to aid you in your own personal reflection and prayers throughout this last week of Lent. If you are in the Houston area, join us for EASTER SUNDAY at Harvest at 9:30am!