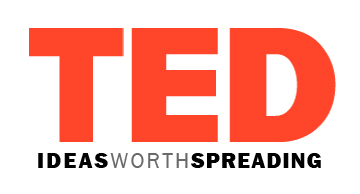 I was fortunate to attend my first TED event last weekend, in Sugarland, Houston. Since then I’ve become a bit of a junkie, watching TED videos on Netflix, and feeling my creativity muscles stretching, expanding. “TED” stands for Technology, Entertainment, and Design. It is a conference held as far and wide as Taipei, Amsterdam, New York, Sydney, London, Chicago, Buenos Aires, Tokyo, Berlin, Silicon Valley, and just about every other major world city. It regularly draws scientists, thinkers, tinkerers, scholars, entrepreneurs, nerds, artists, designers, and overall, people who like talking about and listening to the latest ideas.

Is this a good thing?

I am enthusiastic about how much it is a good thing, particularly for those with a theological bent; I can picture my profs from Regent thoroughly enjoying a conference of this type, because they are always talking about the intersection of faith and culture, theology and philosophy, science and Christianity, practice and theory. For example; in one of the modules titled “Matter” (I’m thinking philosophy and ontology, so ears perk up…) they had a scientist come up and talk about the latest advances in Quantum Mechanics. As I’m listening I know what he’s saying has cross-over implications for the way we’ve been doing theology for thousands of years… I tweeted the following:

It strongly echoed some sentiments published by English theoretical physicist AND theologian John Polkinghorne (which one does he moonlight?) on how the latest finds in how particles behave, or more precisely interrelate; to show that the fabric of the universe is relational, as opposed to individual, independent. The cosmos, as a reflection of the Triune God, simply cannot exist alone. It is being as communion, to hearken Zizioulas.

So does TED do theology?

Not explicitly. But for discerning Christians and theologians I believe it is not just sitting around, talking about and listening to the latest ideas. It is being unafraid. It is coming out of the cradle of faith and finding that science need not be antagonistic to religion, that we should not isolate ourselves, that faith seeking understanding, credo ut intelligam (I believe in order that I may understand), is a legitimate base to begin from.

2 thoughts on “Does TED do Theology?”