And then we turned on the SuperBowl…

And we beheld our first sexy/sexist ad within minutes of our discussion, of some woman being painted – suggestively nude. I don’t know. I was too embarrassed to watch. Because we just talked about this, and minutes later, there it was, on big screen, right in front of us: the objectification of women.

The room was simultaneously rapt and silent. I observed faces. People were fixated as if it were too odd to turn away; yet knowing there was just something wrong about this situation. Yet we, still being new to issues of objectification and trafficking – silently acquiesced, not exactly knowing how to react to these ads.

I say its time to react.

And I’m not alone. Good friends are saying something, people are protesting, even Justin Timberlake is in on it: 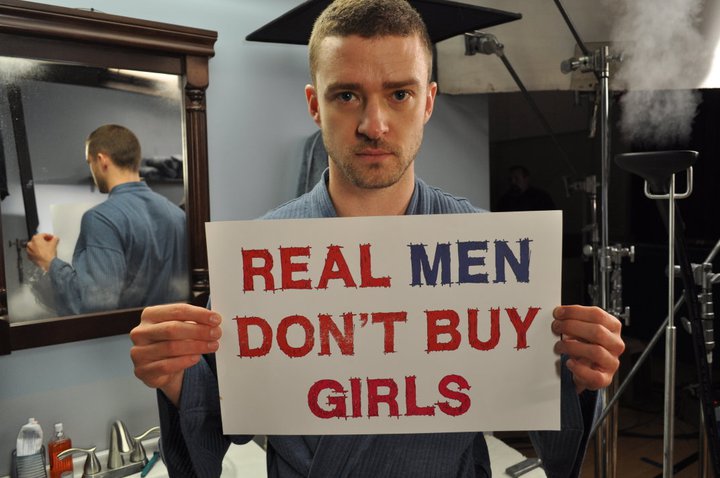 Change.org has taken up the issue and is now attempting to go viral with the hashtag #NotBuyingIt

Hey @godaddy, your #SuperBowl ad was offensive and degrading to women. I’m #notbuyingit

Whether this makes a dent or not (or just spams godaddy’s twitter account), in the end it’s money that talks. I don’t do business with GoDaddy or Teleflora or Fiat, but it sure would make a statement if sales dropped. Perhaps that’s naive. In the end I don’t know how else to address it. I just don’t want to quietly acquiesce anymore and just say, “that’s tv.”

We can keep talking about human trafficking and half-time show wardrobe malfunctions. But in the end if we don’t hold these big-money corporate sponsors accountable then we are allowing the problem to persist.

2 thoughts on “SuperBowl Ads & The Objectification of Women”