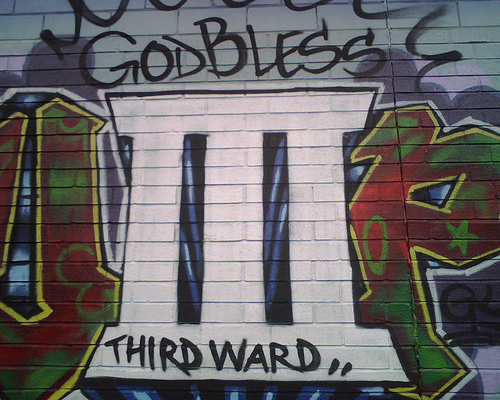 Results from the 2010 census are revealing a Houston that is less ethnically compartmentalized and more integrated. Some suggest that this indicates an increase in tolerance and decrease in discrimination. I am hesitant to jump to that conclusion.

I’m still figuring out the “ward system” here in Houston.

It doesn’t sound like it’s a by-product of segregation – it precedes that – but I can’t help but get the sense that it was co-opted in order to separate ethnicities. Like some relocation magazines I’ve received here, blatantly describe the ethnic demographics of some of the wards as if to implicitly say – “don’t move there…. you don’t want to go there because ___________s are there.” What’s up with that? As angryasianman would say, that’s racist!

And just to add another layer of complexity, more parts of Houston have become multicultural — not predominantly white, black, Hispanic or Asian, but all of the above. This, no doubt, represents the optimistic side of the spectrum that suggests an increase in tolerance and a decrease in discrimination. But at the same time, we still find a number of pockets of poverty, language isolation and other indicators that more work needs to be done before any golden age is declared.

And I’m still open to being enlightened on what’s the dilly with the ward system.